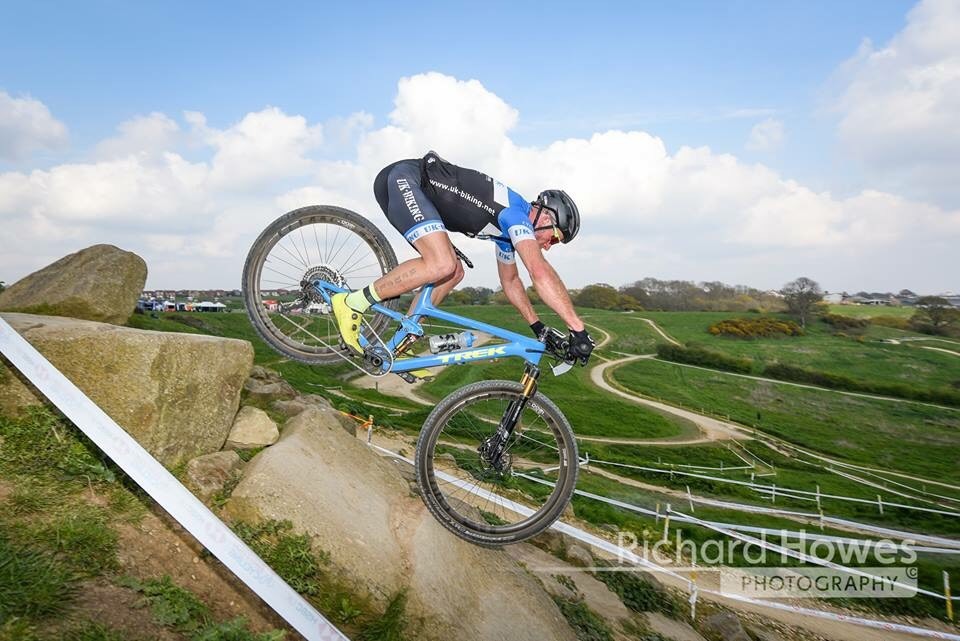 Round 1 of the Southern Xc Regional Series was held in Winchester and the cold and very windy day made for some testing racing conditions. Tony attacked hard from the start and led for the first half of the race. However a regular rival who stuck with the Tony managed to make an attack towards the end of the race and took the win; however Tony was pleased with his 2nd position.

Next stop on the calendar was the first big Elite British National Race on 23rd of March which was held at Sherwood Forest in Nottingham. Luck wasn’t on Tony’s side as he had picked up a sickness bug during the week before. However, he still decided to race and try and salvage some points. The race went off at blistering pace and it wasn’t long until he realised how much the bug had taken out of him. From then on it was a battle of mind over matter just to finish. After seven gruelling laps he made it across the line in 27th. All things considered he was happy with that.

With a gap until the next MTB XC Race Tony decided to have a bash at something different to keep his racing edge and enter a road circuit race in Winchester. Although this was something new he decided to go all out from the start. After a few laps in front, hanging himself out to dry into to a gusty head wind, he began to doubt his tactics as he was slowly reeled in by the chasing pack. Once he was caught he spent a few laps trying to work with the pack but they had seen he was strong and didn’t want to play ball. Tony put in an early sprint on the last lap but it wasn’t quite enough and crossed the line in 3rd – not bad for a first attempt.

Then back to business on the 13th of April for the 2nd Round of the HSBC National Point Series. This was held at Hadleigh Park in Essex, the 2012 Olympic course attracted a large turnout of top National and International Racers making for some very stiff competition. The course had a lot steep punchy climbs and technical rocky downhills to follow. A great race but a few mistakes and an unlucky chain drop lost time and left Tony to finish 28th. Not where he would like to be but that’s racing.

Next, back to the Southern Xc Series for Rnd2 on the 21st of April. The race was held on a fast flat course in Reading. This was a great race with some strong local elite riders turning up. The leader was out of sight early on and this turned into a five rider battle for 2nd. After a race long battle Tony was happy to finish 3rd.

This leaves Tony leading the Southern Xc elite series with 3 races to go.